Everyone would agree that twenty sixteen was a year that brought upon us newfound self-pity, self-doubt, and self-reflection, all with a loss of how to react or cope with the current state of things. No matter your personal opinions with whether we are in an incline or decline of western civilization we all can come together and agree that we are living in the first days of a new world. How you interpret those first days of the rest of our life is what is up for personal interpretation.

Politics provide a framework to divide. Social issues, largely, are defined as being a separating line between us. The simplest way that I have found to manage my collective frustrations, or celebrations, have been through the art of music. I have not perfected the craft of creating music, so I have, for some time, resorted to finding the music that best speaks to me to interpret the words and feelings that I have inside. Whether it be through the melodies or the words, each of these albums have helped me through this trying year.

The following five albums are ones that I have enjoyed and wanted to share with those that care to listen.

These are my 5 honorable mentions of the best music in 2016: 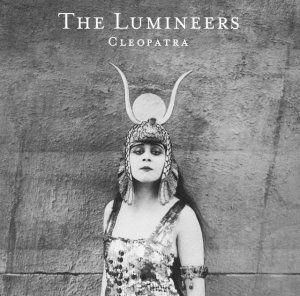 In 2013 I loved to hate on The Lumineers by being a runner up to the mainstream that found Mumford & Sons, but being that M&S have regrouped and reinvented themselves for the sake of record sales it is difficult to overlook those that stay true to who they are. The Lumineers have grown on me rather easily and I have, on numerous occasions, been caught redhanded listening to Cleopatra full blast while in cleaning mode at home. So what if I keep playing the singles! It is no coincidence that the better songs get picked for radio rotation.

During distraught times the knee-jerk reaction is to fight fire with fire. A track hidden deep into this album was what brought me to it, and I found myself routinely revisiting it when I wanted to unleash the inner Michael Bolton as I drove myself reluctantly to work on several Monday’s at 5:45 in the morning (forgive the Office Space reference). Joking aside, this is one of the better rap albums since 50 Cent’s Get Rich Or Die Tryin’. Excuse the album’s language though, but if you can stomach FDT then do yourself a favor and look up FDT part 2. 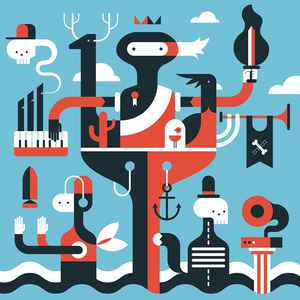 One of the most feel good albums of the year is one that I cannot understand what is being said. This album is sung entirely in Spanish but the music is pure fun in the vein of one of my guilty pleasures – pop punk. This band from Madrid knows how to utilize music as a tool to interact with spacial energy that goes beyond words. I don’t care if I have no idea what these guys are saying, my ears are smiling.

As Pitchfork so fittingly put it:  “…it’s not to say that they don’t deserve success but they were always more than the sum of their influences.” When I’ve wanted to feel hipster but nostalgic this album has been there for me.

Stand Outs: WELL, 4th of July, Have A Heart

I love this album. Jenny Lewis tried to sneak this one past us, but…nope! It’s a socially relevant abbreviated album speaking directly to her frustrations, both politically and professionally by taking on controversial topics and completely removing the guitar. (As a part-time bass player I can appreciate this immensely.)

One thought on “Best Albums of 2016 | Honorary Mentions”