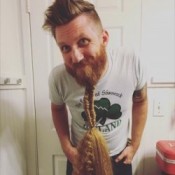 His phone rang as doctor Jay reached in his jacket pocket to answer the call.

He paced quickly back to his car and stepped inside clutching the steering wheel with his cold hands. As he turned the ignition to wake the motor he pulled backwards as the kinetic energy that came with his backward movement pushed him toward his destination. Traffic was heavy. Every light seemed to stay green long enough to make the motion of stopping that much more inconvenient as it turned yellow.

There he was. What had seemed like an eternity was only 15 minutes since he had received that phone call and he had now finally reached the hospital. He opened his glove compartment and used some of his mouthwash to freshen up his smile and reached in his backseat for his work shoes and the jacket that he wore when at the hospital.

As doctor Jay approached the front entrance he immediately made way toward the operating wing of the facility. It was here that the situation revealed itself to him.

There was an emotionally distraught father in the waiting room of doctor Jay’s medical facility.

“There you are! Where have you been? I’ve been waiting forever for someone to show up. My son! It’s my son! I need you to do something!” the distraught father said.

“I am sorry, sir. I got here as soon as I could.” replied the calm and collected doctor Jay.

“But you don’t understand. It’s my son! He needs your help. He’s going to die if you don’t go do something! You have to go save him! You should have already been back there but you took forever getting here! What in God’s name took you so long?!”

“Now, sir, I’d appreciate it if you did not talk to me like that and just let me do my job. Also, it is not a doctor’s job to prolong life, but it is merely our job to assist God’s grace and mercy among us while we are here on Earth. Now excuse me as I go try to help your son.”

The distraught father stood there silent and speechless as he held his breath momentarily before sitting down next to the window by the automatic doors.

After roughly an hour passed doctor Jay rushed out of the partition doorway. He made his way to the distraught father.

“I am through here and if you have any questions you can ask the nurse. She’ll be out shortly.”

And with that doctor Jay quickly left the hospital.

Moments later the nurse came through the same partition doorway and made her way to the distraught father.

“Your son is going to be fine, Mr. Torres.” the nurse replied.

“Oh thank God! …but you know what? How arrogant that doctor was to show up late in a casual demeanor expecting my patience with his tone! He didn’t even take the time out to inform me of the outcome to my son’s surgery as he left a moment ago! He said ‘wait for the nurse if you have any questions’. Self-important pompous jerk!”

With that fury-filled mouthful of a complaint from Mr. Torres the nurse simply replied:

“Mr. Torres, doctor Jay is a very good doctor. He did for your son in half the time of what I’ve seen plenty of very good doctors do for others. He quite literally saved your son’s life. As far as his demeanor? Well, when I called him earlier for this emergency surgery he was at his son’s memorial. His son passed away unexpectedly last weekend. He rushed out of here after saving your son to make it in time to bury his own.”